My tops in tournaments do not appear in my API 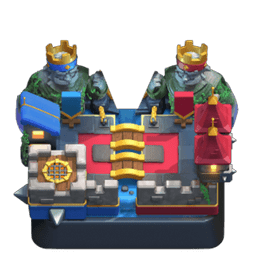 Our Leaderboards are after Supercell’s Fairplay checks — if you didn’t pass them then it won’t show up. Supercell doesn’t give a reason why someone doesn’t pass Fairplay.

I asked clash royale support and they told me there was no problem, it may be from a third party (RoyaleApi)

In-game support is unrelated to ToS breaches. If your achievements are being rejected with the fair-play checks then that’s how you know everything isn’t OK.

To add further contexts — these fair play checks could be anything — e.g. people reporting you being rude in chat, but that they don’t think that it’s significant enough to issue a ban. It‘s basically anything they see that they don’t think that should put you in the final leaderboard. (I am obviously not saying that’s what you did. I am merely giving a random example)

I have asked the engineers to give me the pre-fair-play leaderboards already but they said that it’s not possible because they could only give me what’s on their database.

thank you very much for clarifying my doubt
And finally, that doesn’t mean that if I enter the top 100 and win the emote, they won’t give it to me?

The leaderboard is live and not dependent on time. It’s always the current version. Meanwhile the rewards happen at a specific time and if it happened in the past they won’t remove your reward.