Meaning of the white squares under Analytics > Decks

First time poster. Noob question to start myself off:
Under Analytics > decks used, could someone please explain what the white squares mean with no numerical value? See attached image.

I originally thought it meant the player wasn’t in that clan for the whole clan war week but in my screenshot, player Darksider1939 has a white space for the clan war just gone and I believe they were in our clan for that war.

Sometimes player could’ve played war in another clan, then join your clan for war. He is not eligible to play in clan war for your clan, and so he will show up as empty. If you think that’s a mistake then that’s Supercell’s fault. He might have played a battle elsewhere that you didn’t know?

Hi SML, thanks for your explanation.

Are there other resources I can access so that I can interpret the rest of the Analytic info available?

This page goes through all the options on the clan war pages: 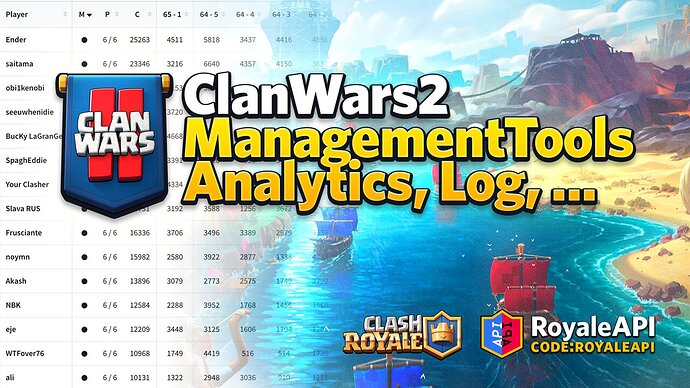