Game Issue: Clan War starts 2 hours before reset (10am UTC) and allows players to attack twice if they are online before the Global Deck Reset

I asked this in my post last week before the update but we had no enough info.
Yesterfay after some of my clanmates played war we noticed the deck reset 2 hrs after war starts and I sended clan message to tell them to no play war and be online in those two hrs before the official 10am UTC decks restart. 21 members played war since war started to first decks reset and played again after first deck reset at 20am UTC two hours after the start. 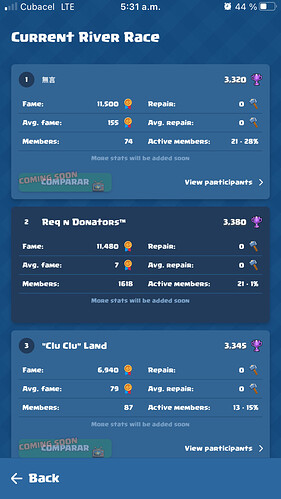 image750×1334 150 KB
This screenshot is from the 30 minutes after war started. Mi clan and the Chinese clan had 10K fame already behind those who didn’t noticed this mistake. Supercell should make decks reset at the beginning of the race not location based or at a global time for all.
In my mini account clan the war started one hour after my main clan and had less time to do the same but also had time.
1 Like
SML (SML) November 23, 2020, 10:12pm #2

I have also noticed this issue and I have already reported it. My suggestion is for them to globally start all clan after the 10am UTC reset.

I, too, assumed that last week was a one-time occurrence that would be fixed by the client update. But since it did not, I have raised the issue. Thanks!