I want to give some suggestions to the RoyaleAPIs deck naming algorithm.

The spells I want to point out are freeze, clone, mirror, and possibly rage and earthquake.

The presence of these special spells is very important to mention in a deck name, because these cards denote a very different subcategory of a deck (like lava clone vs lava without clone).

In terms of priority, these spells should be put right under win cons because these cards are like a support win con (do spell on push -> big damage). 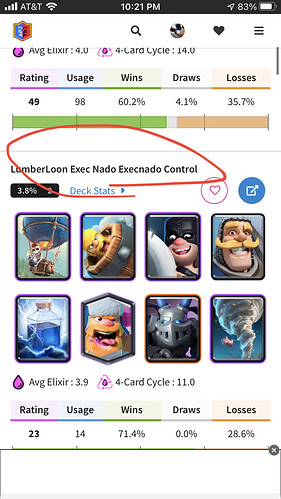 Thanks for your suggestions. We will look into implement them when time allows.