In the past few months we had some problems with the Royale.Api site. It is not displaying the correct amount of clan attacks left. In all of this I noticed the following thing : If a player starts a match before the reset and finishes after the reset, the RoyaleApi site does not take into account the match of the player on the following war dar and it appears as 4 unplayed battles. 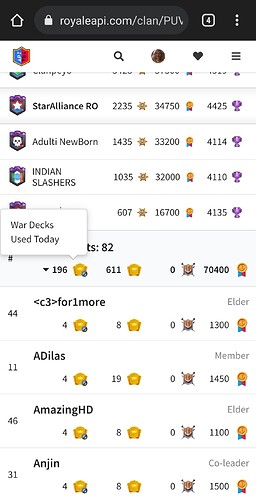 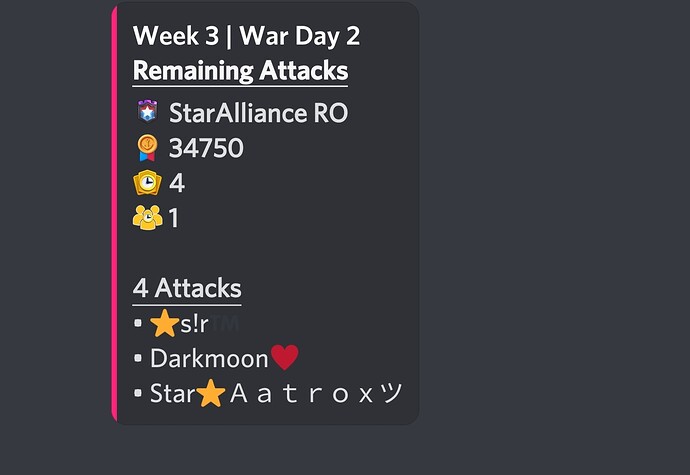 Everything that we display is coming from Supercell — so if you see numbers that are wrong / different then we didn’t do anything on our end (i.e. the bug did not come from us and so we can’t fix it)

Hey there — I checked with Supercell to figure out the correct logic. If the end of the battles (e.g. Duels) land on the second day then the war decks + scores are applied to Day 2.

With that said, are you saying that the numbers are not reflected correctly? If so, would you let me know the next time it happens, and to tag me on Twitter: https://twitter.com/seeminglee so I can take a look as soon as it happens?

Basically, it would be hard to debug this issue if I can’t see it in real-time. The way we can figure this out is:

As an FYI, if the game also reports the wrong number then #1 is definitely not the issue. As I have mentioned earlier, we show the same number that Supercell sent us — meaning the number we display would be the same as the game’s.

Start a war battle on your account before reset with 30 seconds - 1minute. After reset play all of your battles at war. When you done all of your attacks check your stats on RoyaleApi.

I talked to Supercell and they said that if. you start playing your battles then they would count for the second day. But you are saying that if they start 9.59am UTC then they don’t count?